There are many interesting and cultural excursions available in Benalmadena and throughout the Costa del Sol. On this page, you'll find a brief introduction to some of the fantastic organized day excursions which can be booked through our Hotel Leisure Desk.

Make sure to enquire at the beginning of your stay as some of these excursions do not leave every day.  These fully guided tours are the perfect way to discover Andalucia....and beyond!

Download our List of Excursions 2022 (pdf version). For all excursions, please enquire at the Leisure Desk during your stay. 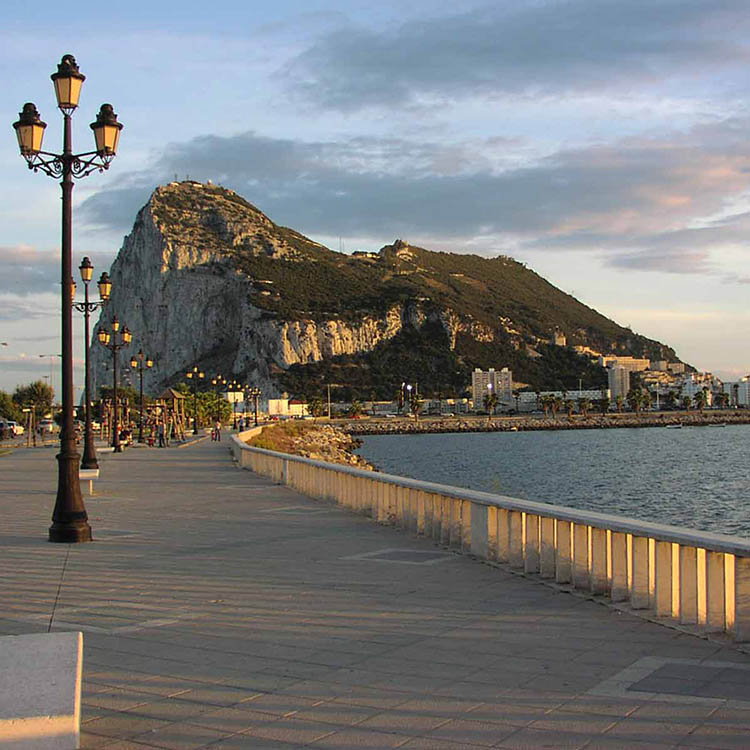 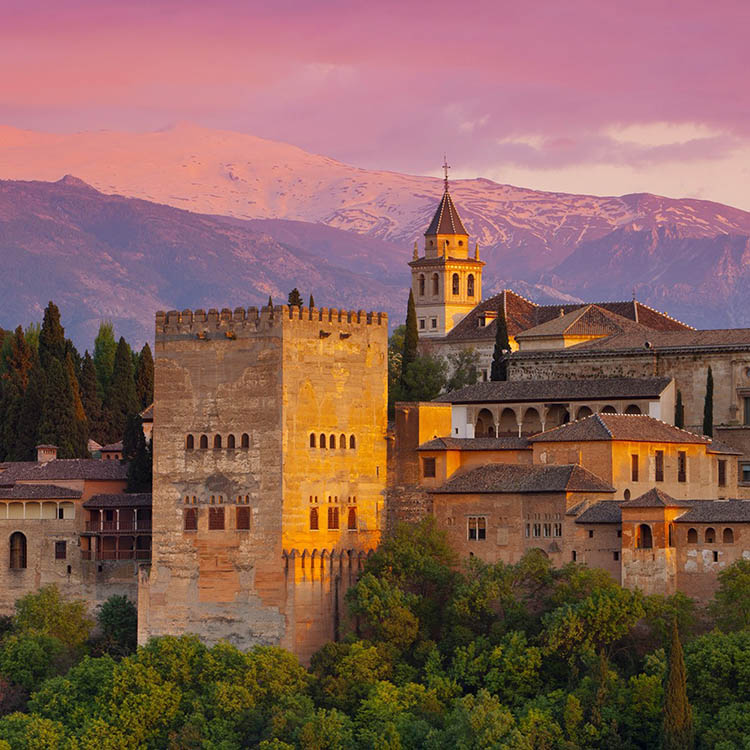 We will visit the Alhambra, a Nasrid palace city declared a World Heritage Site by UNESCO in 1984, which is, without a doubt, the most emblematic monument in Granada. It consists of a defensive area, the Alcazaba; another of a residential and representative natura, the Nasrid Palaces; and the last one for leisure, the Generalife, which consists of a palace and several gardens.

During your free time in Granada, we recommend a visit of the old historic part of the city. We can admire amongst other monuments, the Angustias Church, the silk market, the cathedral and Royal Chapel. 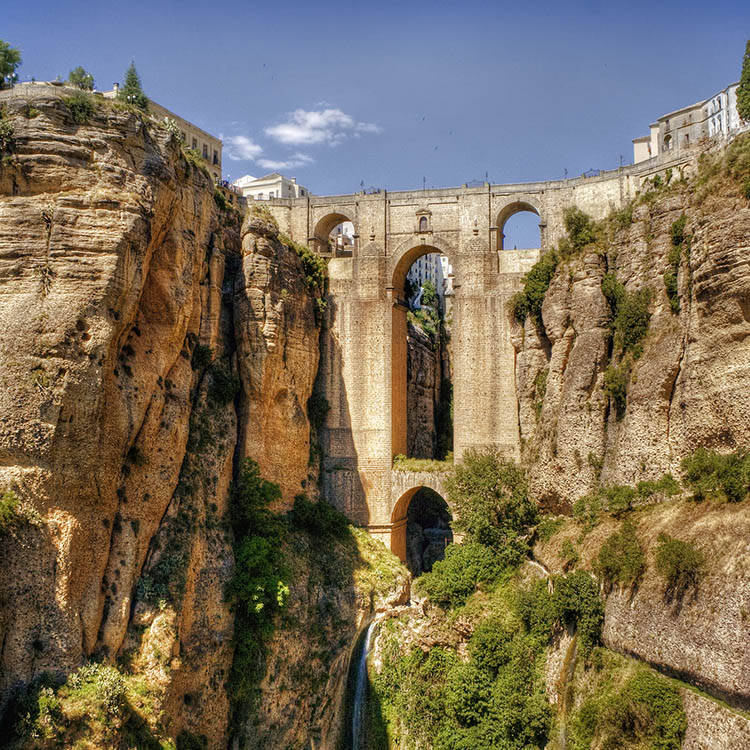 Full day trip. The visit starts with the Alameda (Mirador de la Serranía) and will go along the Orson Welles promenade towards the Bullring of Ronda whose origins date back to 1572 and currently maintain a unique historial and artistic heritage in Spain. We will continue along the New Bridge and from the Aldehuel viewpoint we will contemplate this magnificent work of the 18th century and the Old Bridge.

We will include a walking tour of the historic center of Setenil de las Bodegas where you can admire the hanging houses, which are authentic stone palaces inside. 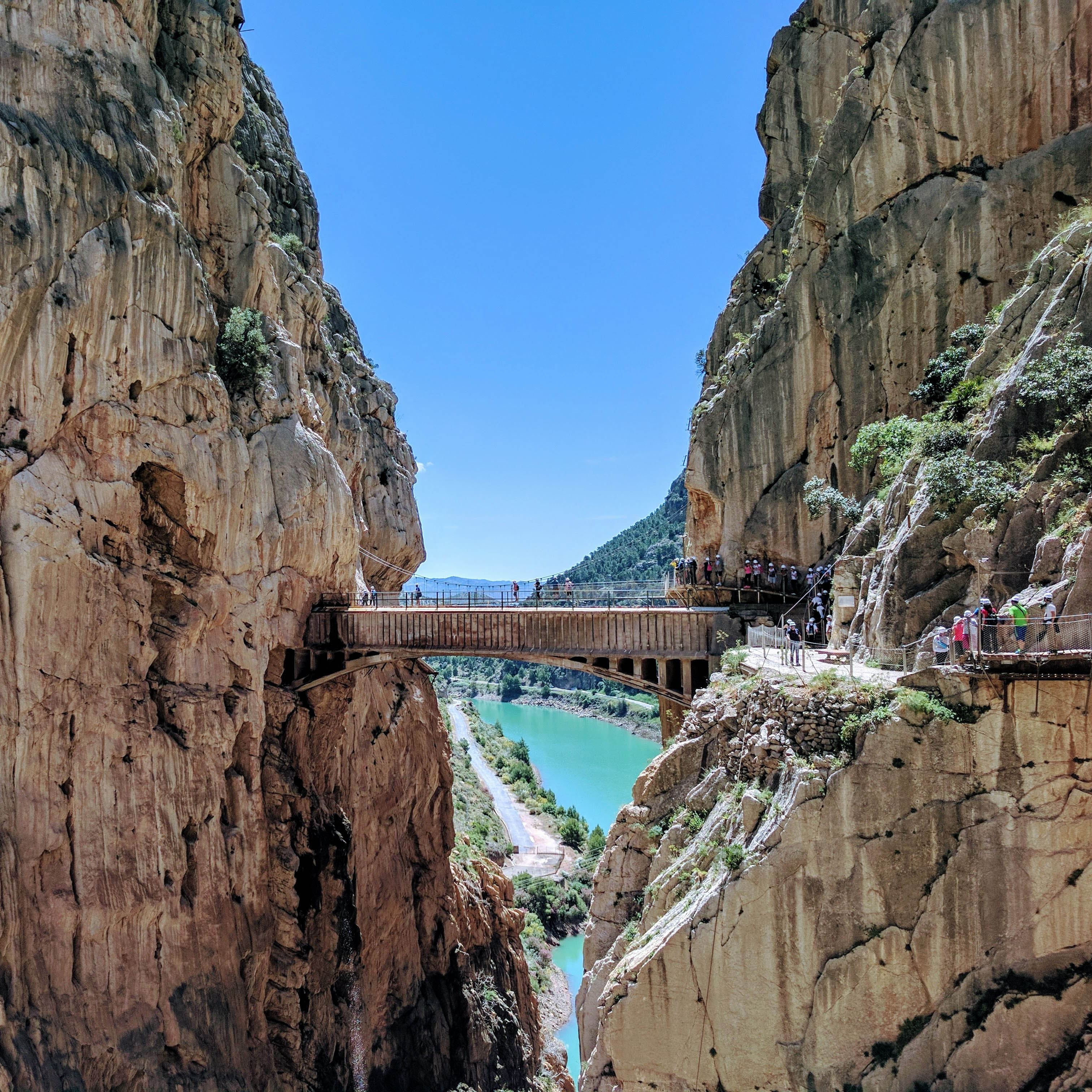 Upon arrival in Árdales, free time will be given to discover this town of Roman origin where the interpretation center of prehistory is located.

At 1pm, the local guide will take us to start the walking tour or the Caminito del Rey, built in 1921 to commemorate the visit of the King Alfonso XIII of Spain, from there we can see the impressive natural enclave that joins the Sierra Almarchón and the Garganta de los Gaitanes crossed by the Guadalhorce River. 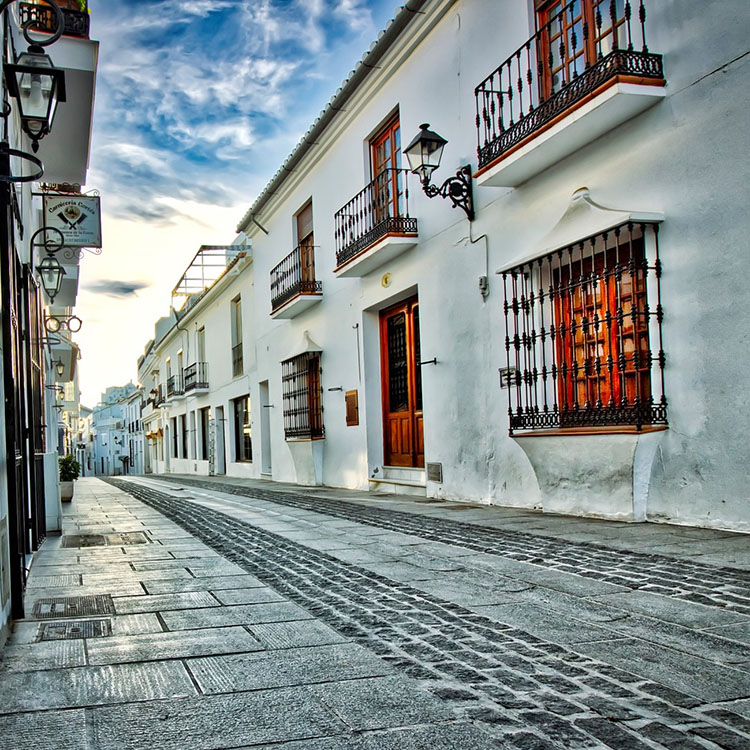 Mijas is one of the most beautiful white villages on the Costa del Sol and offers the visitor several interesting points to discover, such as the tiny Plaza de Toros, irregular in shape; two hermitages from the 17th century, the remains of the old Arab wall and the sanctuary of the Virgen de la Peña.

Marbella is one of the most important tourist cities on the Costa del Sol where we can admire: the Orange Square, the Old Walls and the Chapel of San Juan de Dios.

Puerto Banús is between Marbella and San Pedro. Free time to enjoy this magnificent marina. 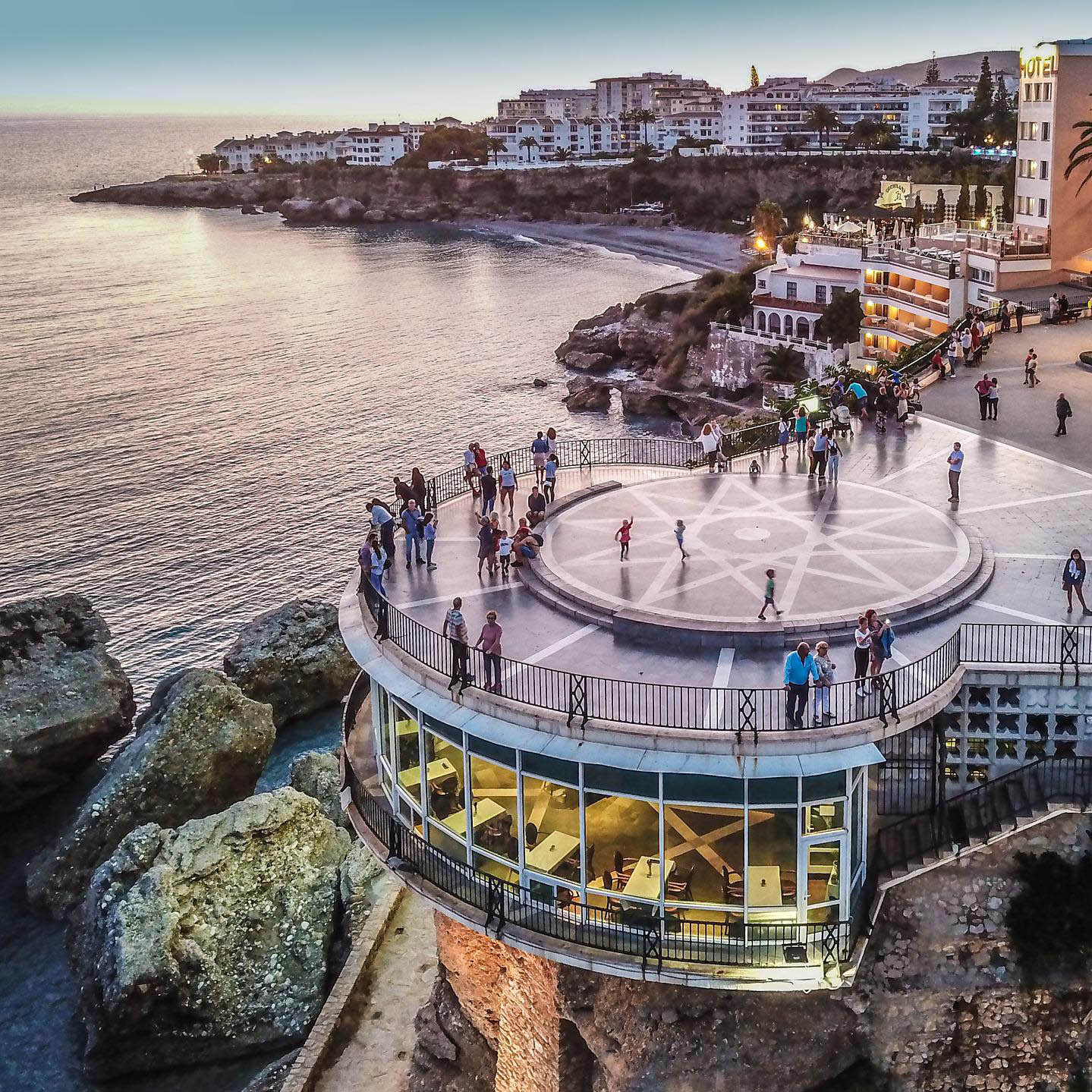 300m above sea level and with a subtropical microclimate, Frigiliana emerges, as if waking up from the past, with its praised and awarded Historic Quarter, of Moorish heritage, where the narrow, winding and steep streets form a unique urban network of small houses.

It has a long history proven by the paintings in the Cuevas de Nerja, disconvered in 1959, which could constitute the oldest cave art images in the history of mankind. Free time to explore its centre and admire the Balcón de Europa, its Museum and its multiple churches. 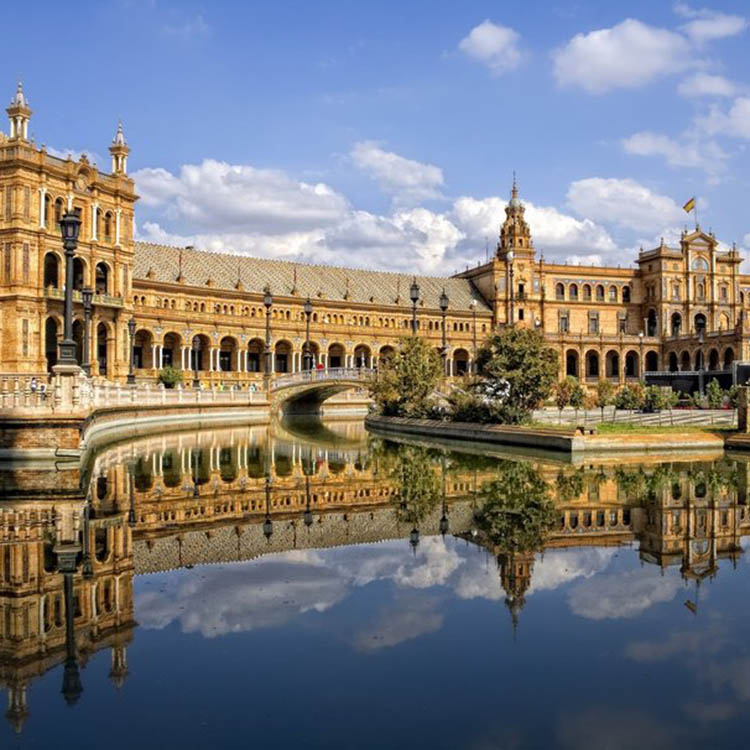 Panoramic visit during which we will make a stop with free time at the famous Place of Spain. Once in the historic heart of the city is the Barrio de Santa Cruz of Arab and Jewish origin, we will walk through its narrow streets taht leads us to the third highest Cathedral in the world and declared a World Heritage Site by UNESCO in 1987: la Giralda (entry and guided tour). Seville is the city with the most cataloged monuments in Europa, which makes it stand out in a remarkable way in this regard. 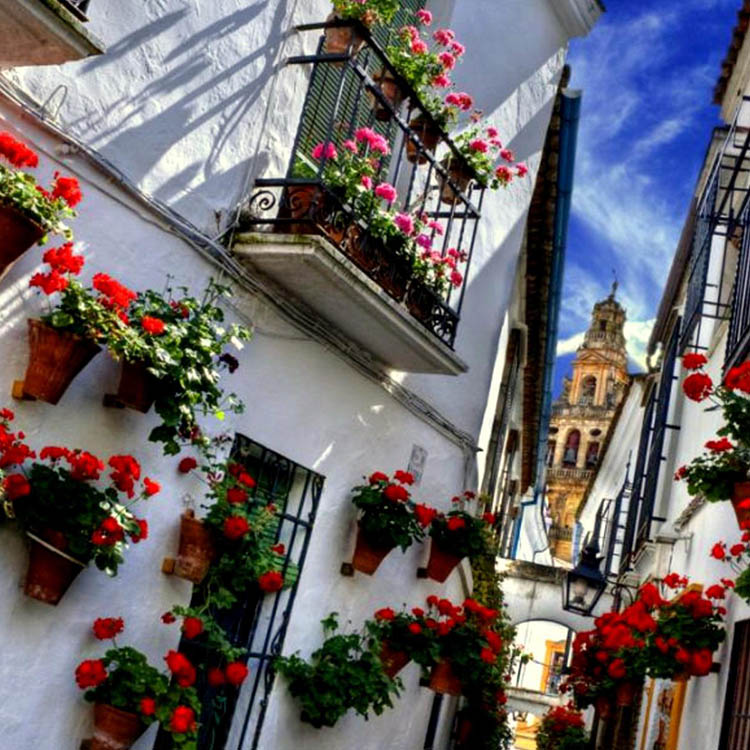 Panoramic visit starting by crossing the Roman Bridge and admiring the Torre de Calahorra before reaching the Old Town. Its historic center was declared a World Heritage Site by UNESCO in 1994. The Mosque-Cathedral was too in 1984 (ticket and local guide included). 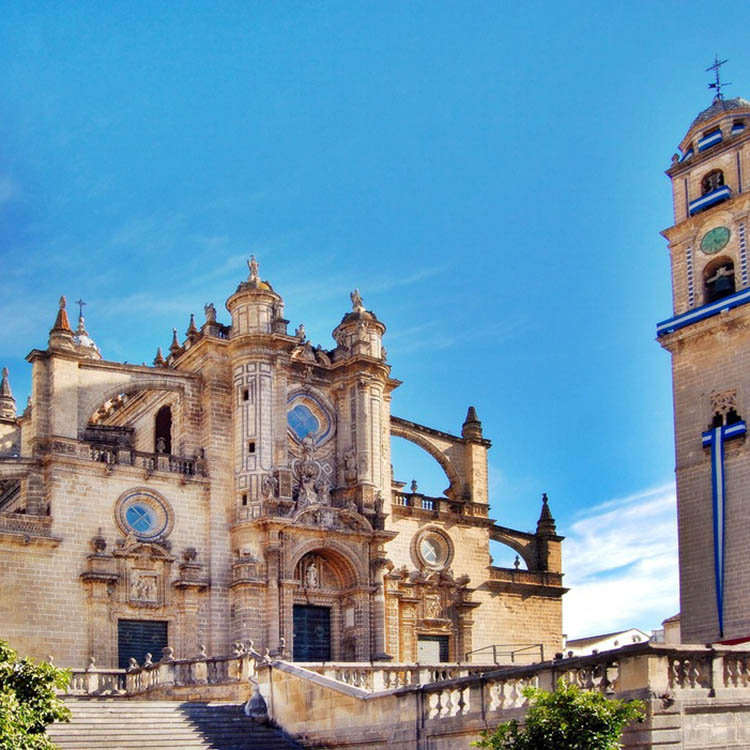 A fantastic full day tour, where you will visit the famous and spectacular Andalusian horse show of the Royal School of Equestrian Art, followed by a visit to a bodega, where you will taste the exquisite sherries of Jerez, from which the city gets its name! 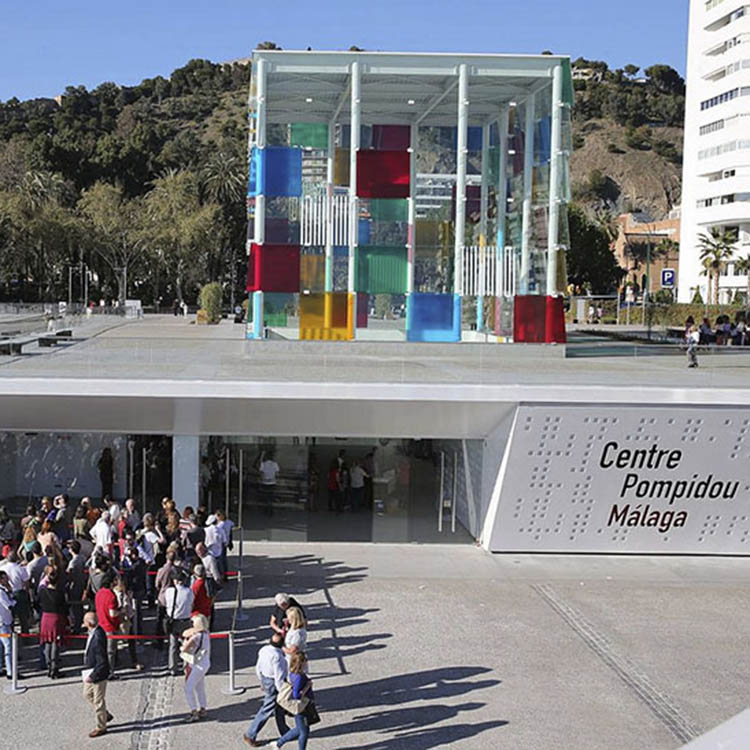 Málaga is the cultural capital of the Costa del Sol and also one of Andalucia's most visited cities. Just 20 minutes away from the hotel, Malaga city offers plenty to do. The open-top bus tour is a popular option as it visits all the cultural delights the city has to offer, including the famous Picasso Museum. If on the other hand you're just looking for the perfect retreat for a Spanish coffee or a few tapas, Malaga has more than its fair share of cosmopolitan bars and cafes. 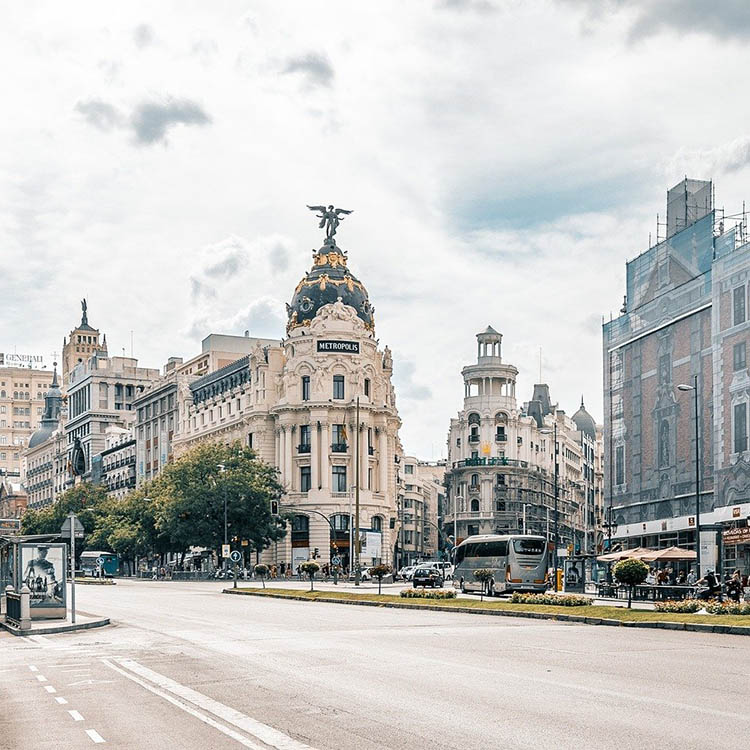 Spain’s capital city of Madrid is a short flight from Malaga or a 2 hour journey by Ave (the high speed train). Madrid is the third-most populous municipality in the European Union after London and Berlin and it’s not hard to see why, this beautiful city is oozing with culture, shops and traditional Spanish café bars. The parks, plazas, museums, theatre, cathedral and Royal palace are just some of the many sights Madrid has to offer! There’s something for everyone whether you are looking to shop on the Gran Via or take a tour of the Real Madrid Football Ground!