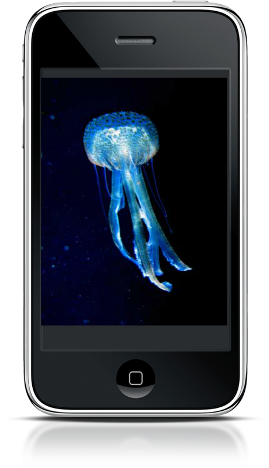 Anyone who has been to the Costa del Sol on holiday this summer will have had first hand experience with the jellyfish problem which has plagued our beaches during these warm months.

These annoying invertebrates have messed up many an afternoon on the beach for my family and I this summer! Each time we were forced to abandon our plans for a cool dip in the sea I thought to myself “Wouldn’t it be great if there were an App that let you know which beaches on the Costa del Sol are affected by plagues of Jellyfish?”

Well, it looks like next summer my wish will be granted 🙂 The provincial government and the Aula del Mar Foundation will join forces to develop a mobile application (App) which will allow users to know the location of jellyfish shoals along the coast.

Apparently this new app will be easy to use and will use geo-location to warn bathers as to the whereabouts of jellyfish shoals; this way, they’ll be able to choose a beach which isn’t affected by these slippery creatures.

The development of this application is part of a larger and more ambitious project which aims to stop the proliferation of jellyfish on the Malaga coastline and to find out why there has been such an increase in their numbers this summer.

Apparently the lack of rain during the winter months is one of the main reasons for these plagues of jellyfish; local rivers have been running dry and have only carried limited amounts of fresh water to the sea. As a result the salinity levels in coastal waters has risen – Jellyfish don’t come near the coast when there are high levels of fresh water – and this has resulted in the perfect environment for the jellyfish.

We’ll be sure to let you know as soon as the application is available for download. With a bit of luck we’ll have lots of rain (in the mountains) this winter and we wont need to depend on technology to enjoy a day on the beach!